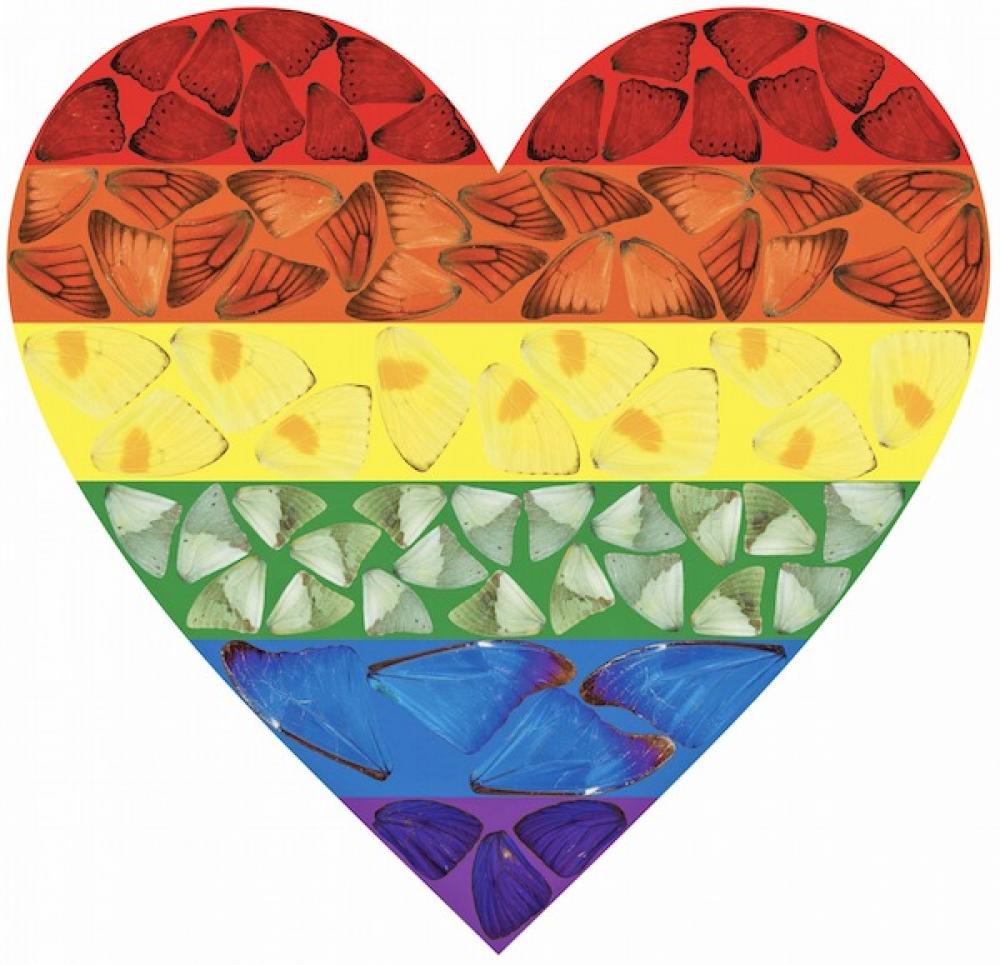 They’ve cropped up in people’s windows, on front doors and even chalked on the pavement. Now Damien Hirst has joined the nation’s growing army of artistic children and created his own rainbow to show support for the NHS during the coronavirus crisis.

The work, Butterfly Rainbow, can be downloaded from the British artist’s website for people to display in their windows as a sign of their appreciation of frontline health workers. It’s comprised of bands of coloured butterfly wings, a key motif in Hirst’s work.

“I wanted to do something to pay tribute to the wonderful work NHS staff are doing in hospitals around the country,” said Hirst. “The rainbow is a sign of hope and I think it is brilliant that parents and children are creating their own version and putting them up in the windows of their homes.”

Hirst also plans to raise money for the health service by selling a limited edition of the work, with details to be announced on the artist’s Instagram page.

Hirst is not the only artist finding inspiration in the rainbow during the pandemic. Sir Quentin Blake recently released a series of 10 rainbow e-cards for people to send to friends and family during the lockdown. In them he imagines rainbows to be parts of everyday life – reinventing them as dog kennels, a moustache and even hair. Blake said: “You will see that I have supposed that [rainbows] are real and portable, and I hope they are optimistic, too.”

Blake’s project is in association with the House of Illustration, the UK’s only public gallery dedicated solely to illustration, which Blake founded in 2014. The e-cards can be downloaded from houseofillustration.org.uk.