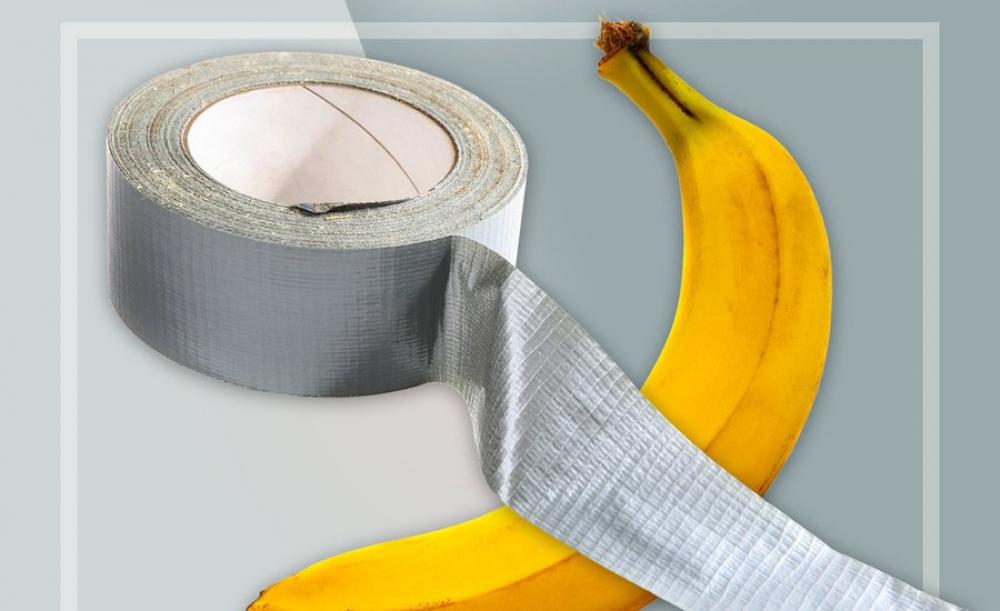 A museum purchased another of the artist’s bondaged fruits for $150,000 shortly thereafter, and the press went completely... sigh... bananas as a result. (I’m so sorry, everyone.) Cattelan, the guy behind last year’s solid-gold toilet at the Guggenheim and those weird dangling taxidermied horses from the mid-aughts, makes the sort of art that billionaires find subversive, expertly primed for Instagram filters, caustic headlines, and inflated bidding wars. Cheap, calculated swats at virality are hardly uncommon at art fairs, but Cattelan has truly cornered the market on coverage, or at least its temporary monopolization. At least the media proliferation therein has proven pretty funny—The New York Times is defending the banana, VICE is reporting on the performance artist who ate the banana, Fox News is blisteringly angry at the banana’s potential anti-Trump agenda, and I, despite my distance from its location that fateful December weekend both physically and emotionally, find myself typing away about this brazen botanical terrorist with some discernable, if wearied, amusement. At the risk of taking the whole thing too seriously, bananas have actually maintained a storied historical relationship with fine art iconography and scandal. Let’s take a tour through the legacy of these legendary phallic disruptors.

This sequential piece by Polish artist Natalia LL portrays models delighting in various salacious snacks; designed to be controversial, its shock value has faded over the intervening years, or so we thought. The Polish ministry of culture actually removed the piece from the public display at the National Museum in Warsaw just this April following complaints from visitors, a move precipitated by Jerzy Miziolek, the museum’s director, who was appointed by Poland’s creepingly dictatorial right-wing government. A banana-themed protest commenced, eventually convincing the ministry of culture to reinstate the piece.